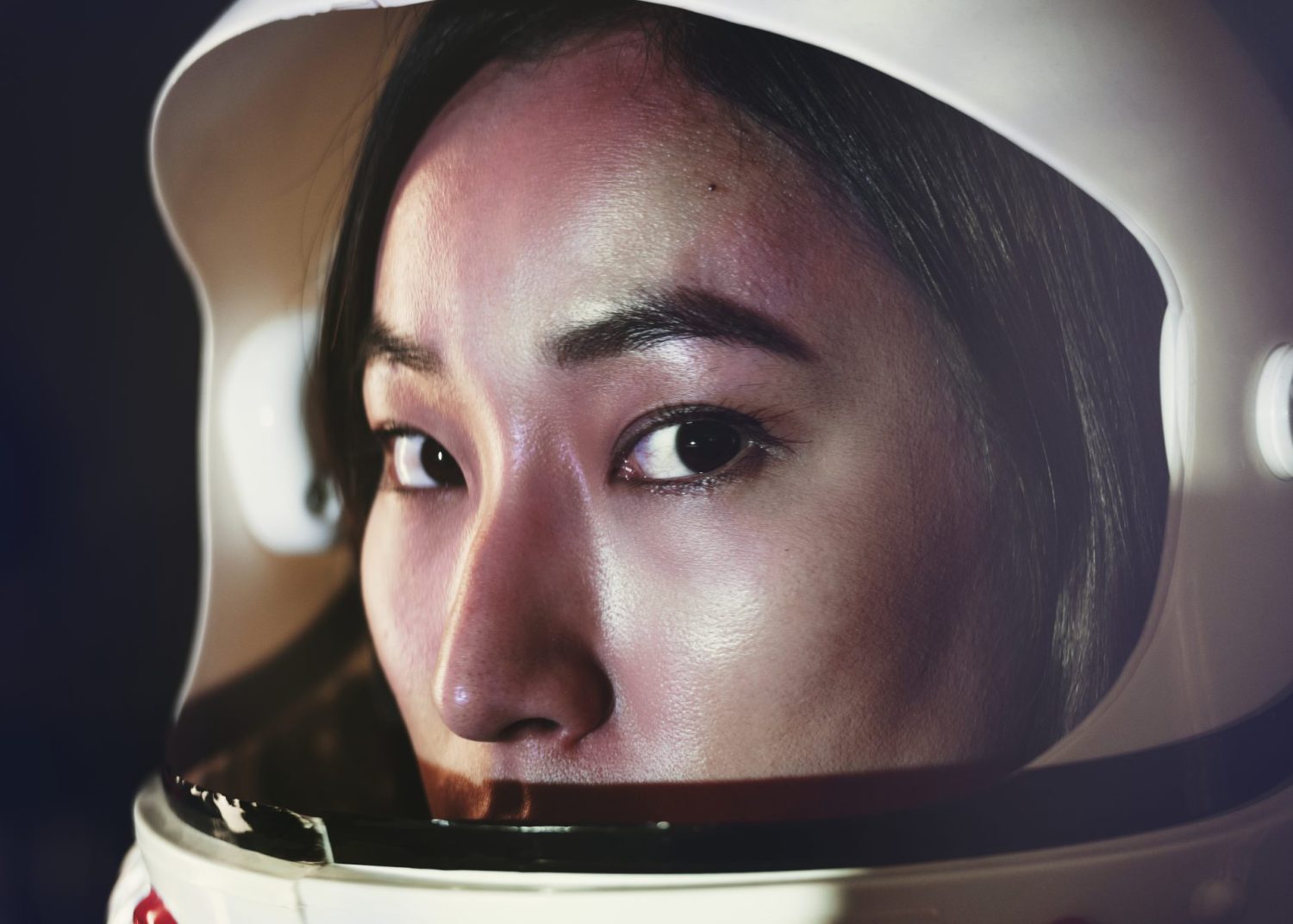 If you do not already know, STEM stands for Science, Technology, Engineering and Mathematics. The acronym was introduced in 2001 by scientific administrators at the U.S. National Science Foundation (NSF).

However, in Malaysia, the integration of STEM into early schooling came later. In a paper published by the Child Research Net, STEM-STEAM (Science, Technology, Engineering, Art and Mathematics) learning was introduced for the first time in prekindergarten classes in 2015 through this pilot study, in order to inculcate a love for STEM learning at a young age, in hopes it will continue throughout the rest of their education.

South East Asia’s race to become more competitive with the rest of the developed world is accelerating by the year, especially in the advancement of scientific pursuits. Cities from Singapore to Vietnam’s Ho Chi Minh City are competing to become the next Silicon Valley.

Foxconn, a Taiwanese multinational electronics contract manufacturer, is moving some iPad and MacBook assembly to Vietnam from China at the request of Apple Inc as it plans to diversify production to minimise the impact of a Sino-U.S. trade war.

The development is a result of the Trump administration where the former US President encouraged U.S. firms to shift production out of China.

Foxconn is building assembly lines for Apple’s iPad tablet and MacBook laptop at its plant in Vietnam’s northeastern Bac Giang province, to come online in the first half of 2021.

South of Malaysia, Singapore, has achieved great lengths in the tech race with 80% of the world’s top 100 tech firms having a regional headquarter on the island. Some include Facebook, Google and Grab.

According to Startup Genome’s Global Ecosystem Ranking Report 2017, Singapore has overtaken Silicon Valley as the top place for start-up talent, surging by more than 50% from 2,800 in 2003 to 4,300 in 2016, according to data from the Singapore Department of Statistics.

Malaysia’s STEM community have made great strides in the past and present in producing world-class individuals representing the nation in STEM-related fields.

The astronaut has become a great inspiration for young Malaysians and is a sign of great promise for future STEM students. One such Malaysian who has achieved similar glory would be Dr Wan Wardatul Amani.

Dr Amani was the principal investigator in a team of scientists, technologists and engineers to work on NASA’s first-ever device that can measure extracellular ions from a single cell in microgravity.

She started off as an electrical engineering student at the University of Minnesota and volunteered to clean glass slides in laboratories. Her journey wasn’t an easy one but she persevered. She went from cleaning glass slides to launching a nanosatellite together with a SpaceX rocket!

“I worked in these laboratories because I wanted to learn, but because I did the work so well, they started paying me and giving me opportunities. To the level that the professor recommended me to do a PhD.”

In 2014, she chose Malaysia over working with the stars. Dr Amani has focused on creating devices that make the lives of local communities easier and more affordable. Her team is currently working on a cheaper device to monitor blood glucose.

More recently, a Malaysian student has since been hired by tech billionaire, Elon Musk’s Tesla, as a robotics engineer.

Fakhirah Khairuddin is an alumnus of MRSM Ulul Albab and continued her studies in Aerospace Engineering at the University of California, San Diego.

Fakhirah used to work as a propulsion development engineer at the University of California where she wrote the Matlab programming codes to study heat conduction of a rocket engine. In 2019, she won first place in the Northrop Grumman System Engineering Challenge where she must compete with 50 other teams ― her winning project was a robotic arm that was designed and programmed by her.

She is now based in Fremont, California and working as a Technical Training Robotics Engineering instructor at Tesla, teaching FANUC and Kuka robots to engineers and technicians.

Even with these inspiring stories, there has been a significant decline of Malaysian students pursuing STEM for education and continuing this course into their careers.

The need to increase STEM students in Malaysia.

In 2021, Science, Technology and Innovation Minister Datuk Seri Dr Adham Baba expressed concerns over the underwhelming involvement of students in STEM and said that the percentage of STEM students needs to be increased by 60% to ensure an adequate supply of talent as STEM is vital in the development of the country.

“Today, all countries are racing to produce new science and technology that is sustainable, affordable and safe in line with the vision of the Sustainable Development Goals of the United Nations which is to be achieved by 2030.”

Unfortunately, this concern is not new and has been a conversation for years prior. In 2019, the Energy, Science, Technology, Environment and Climate Change Ministry (MESTECC) expressed concerns over a declining trend in students opting for STEM subjects in schools and higher education institutions.

“We found that among the reasons fewer students were interested in STEM was because they tend to choose subjects that are much easier or they could not see how science can play a role in their lives. Our target is to achieve a 60:40 ratio of which 60 percent of students major in STEM”.

Why are fewer and fewer students taking STEM?

Prime factors of why students tend to not undertake STEM are enjoyment, interest and ability. Many schools often teach solely from textbooks and do not push for more integrated or more modern ways of teaching. Making the content less enjoyable would directly correlate with the students’ lack of interest in the long run. Without the interest, students will therefore be less inclined to practice especially on mathematics, a subject which needs constant repetition for improvement and then negatively affects their grades which then hinders their confidence in taking STEM.

Another factor would be the teacher themselves. Oftentimes, many teachers forget the passion and reason they chose this career. A teacher’s role is a complex mixture of a learner, risk-taker, inquirer, curriculum designer, negotiator, collaborator, and teacher.

Lack of attention or support from parents has also negatively affected the country’s goal of the 60:40 ratio of STEM students compared to humanities and art students. A 2008 survey led by the Malaysian Science and Technology Information Centre (MASTIC) found that public awareness of selected science and technology is lower in Malaysia if compared to the USA.

Some parents believe that STEM is too difficult for their children and will badly affect their grades and therefore their future. This attitude could stem from the child’s lack of improvement or interest in the field, and to take the easier route, some parents would rather push them into arts or humanities to ensure their children can have a more “stable” livelihood in the future.

How to attract more students into STEM?

Knowing that we will have to learn to live with the pandemic with the concern of health by the parents, teachers should implement more creativity and modernisation of their online teaching to boost student interest.

Such examples are initiating discussions, performing experiments that students can easily replicate at home and showing famous YouTubers who post science videos that correlate with the daily lesson.

Parents, on the other hand, should take advantage of today’s technology as well by showing their children more educational shows from an early age. Removing the mindset that arts and humanities are a more “stable” career choice compared to STEM and that they should give up pursuing science just because they deem it to be too difficult.

The ministry should provide special training for teachers to better understand students’ struggles as well as improve their skills in conveying lessons. These are unprecedented times added with the pressure of the lack of students entering STEM.

Science experiments, guest speakers from science backgrounds and visits to places like the planetarium should be a norm amongst students from primary school or even kindergarten and then further improved through high school to peak and keep the interest of students.

Funding for better facilities such as labs and lab equipment would be a big boost in student interest as well as parents’ confidence that their children are given the best that money can buy. There has been a significant lack of these facilities available, especially in rural areas.

6 Malaysian Women in The Global Science and Technology Scene

A Step By Step Guide On Purchasing Your First NFT

5 Things You Can Do After SPM, Pre-U or During a Gap-Year

Getting Into The NFT Game